This weekend we visited Buñol and it turns out that Buñol was a well-known paper producer in its time (18-20 centuries).

One village before us , if you are comeing from Valencia (about 25km from El Nido Feliz), is Buñol  –  more known than the place where the big Tomato war on the last Wednesday of August takes place. 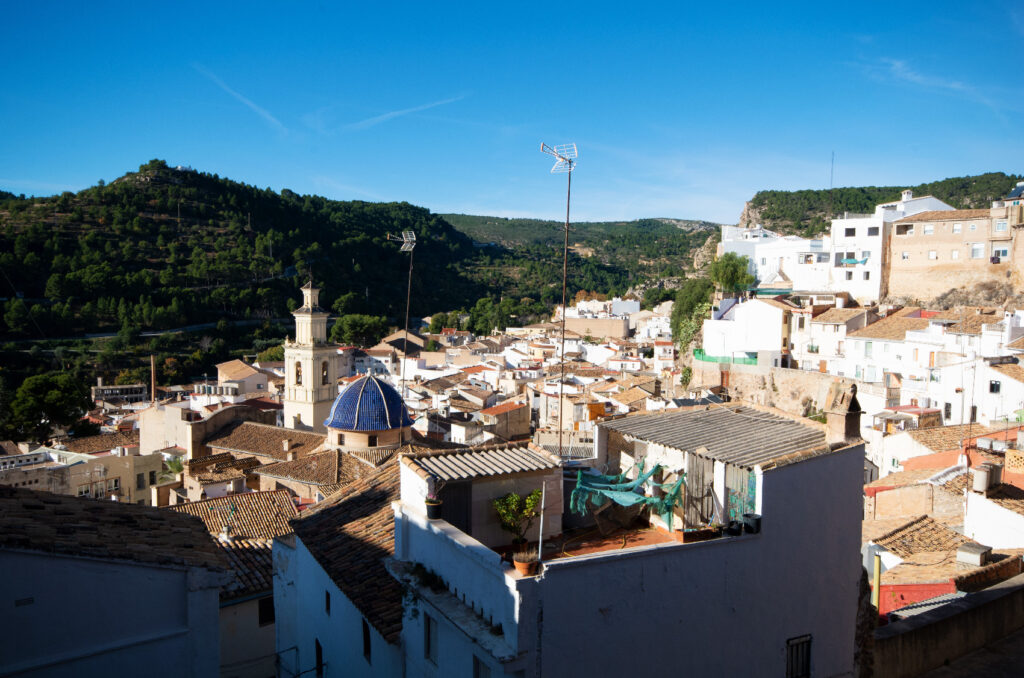 This is a great village to hike, especially during the summer because the river cools and nature is lush and the trees provide shade. There is a water flowing everywhere. Because of its beautiful nature and good connection with Valencia, it has also been called Small Switzerland in Valencia and has been the region of Valencia’s rich family holiday homes. 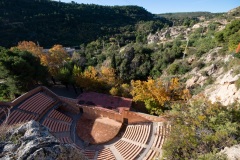 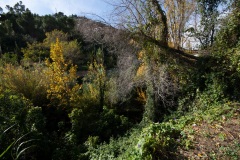 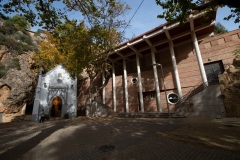 Nowadays, it not any more second home for the rich people, but it is worth visiting anyway. The old village center is nice for walking and there is also a 12th century castle with a small museum. 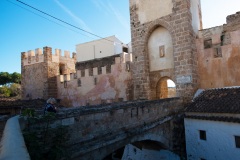 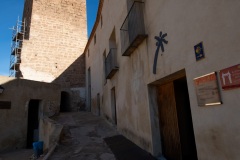 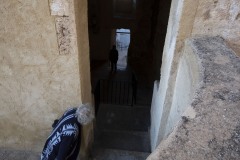 In addition to buses, suburban trains run approximately once an hour from Valencia. Our village trains also stop in Buñol, but many trains end there and because of that Buñol is much better connection to Valencia than our village.

Buñol is located 440 above sea level (cooler in summer then Valencia). According to the 2016 the population is slightly below 10,000.
People have lived in these places since the Stone Age. But the settlement became Buñol during the Muslim caliphate. The Kingdom of Valencia was part of the region in the 13th century.

In 1887, Buñol was connected to the railway network, and this was the basis for the rapid economic growth. At the end of the 19th century, 12 paper mills worked in the village. The paper was mainly made from old rags. Only one factory produced paper from wood. A river flows through the village, which made large machines work. It is also peculiar that the village’s paper mills employed a very large number of women (far more than in other areas) and this was one of the main reasons why none of the 18 mills were shut down during Civil War. Another reason is raw materials. Because paper was made from used clothing, they were still present and the paper mills were not short of raw materials.

The paper that was produced was not just plain writing paper, but high quality and special. There was a factory that produced cutting-edge cigarette papers (so fancy that they were even collected). There were factories that produced papers with watermarks and carved edges, and so on. The output of one paper mill was almost exclusively for sale in Paris. Today only 2 paper mills remain in operational. 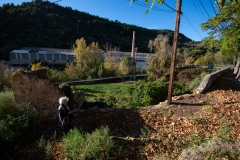 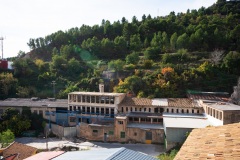 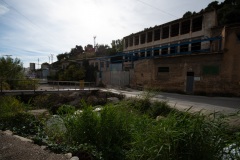 The main street of the settlement is flanked by the magnificent houses of former paper mill owners. The houses have large backyards where each family made their own wine and olive oil at one time, and the main doors are so large that they can be driven in by a horse carriage and taken directly to the backyard (for example, when it was necessary to bring a load of grapes from the field). 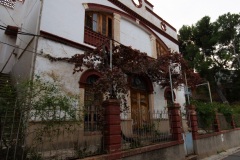 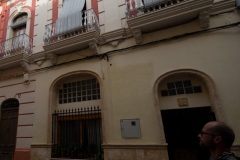 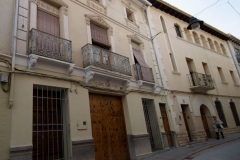